Adults who ate their first meal before 8:30 a.m. each day had lower insulin resistance compared with those who started eating after 8:30 a.m., independent of eating interval duration.

“The timing of eating is also an important consideration in addition to the duration of eating,”

“Our internal biological clocks that control rhythms related to metabolic health play a vital role at the intersection of nutrition and lifestyle that impact metabolic health. Timing of eating was associated with metabolic measures, including insulin resistance, and is a potential area for intervention to combat the increase in metabolic disorders like diabetes.”

Analyzed data from two nonconsecutive dietary recalls from 10,575 adults aged 18 years and older who participated in the National Health and Nutrition Examination Survey over four cycles from 2005 to 2012. Data on fasting glucose and insulin levels were obtained. Eating interval duration was defined as the time between the first and last eating occasion. Participants were divided into three groups based on eating duration: less than 10 hours, 10 to 13 hours, and more than 13 hours. These groups were divided further into six subgroups based on whether participants began eating before or after 8:30 a.m.

There was no significant difference in fasting glucose among the three eating duration groups.

Early eating would be beneficial, but the time of eating was more strongly associated with insulin resistance than duration. 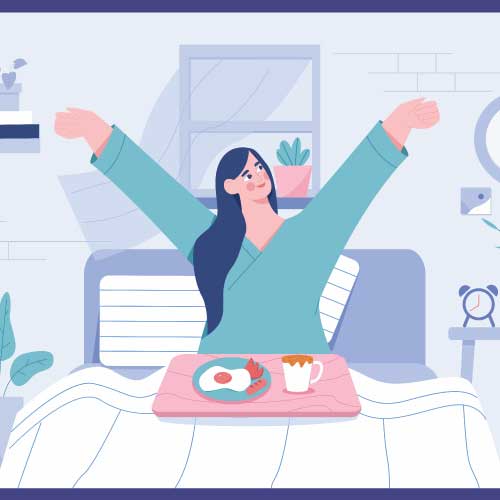 Summary
Article Name
Timing of eating
Description
Adults who ate their first meal before 8:30 a.m. each day had lower insulin resistance compared with those who started eating after 8:30 a.m., independent of eating interval duration.